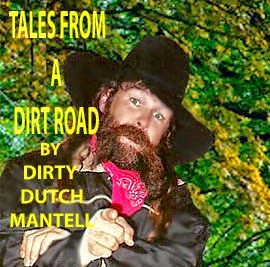 TALES FROM A DIRT ROAD...
NOW AVAILABLE online
or
FOR THE SERIOUS COLLECTOR...
a personally autographed copy is NOW being offered.

Details below!
TALES FROM A DIRT ROAD is my second book in under a year.  The book is 338 pages and 23 chapters where I tell the damnest stories 'you've never heard.'   The book picks up exactly where my first book left off..right in the middle of some great storytelling.  Just imagine that its just you and me...in a car...headed somewhere and we're having a private conversation.   The stories never end...they just segue to another story.

To purchase a copy of TALES FROM A DIRT ROAD...click the photo IN THE UPPER RIGHT HAND CORNER of this blog. You know..where it says order the book here??? TALES FROM A DIRT ROAD is not your typical wrestling book.  Its a book that was not touched or influenced at all by a 'ghost writer'.   I wrote every word and its 100% true...if you don't factor in some of the lies that I tell.   But the book has a very human and down to earth approach about it and its a book that takes in more than just wrestling.  I enjoyed writing it and I hope you will to.

The book covers 30 some odd years, 3 continents, 7 countries, WWF, WCW, TNA, Memphis and Florida promotions, Undertaker, Stone Cold Steve Austin, Vince McMahon, Scott Hall, Iron Sheik, Mr. Wrestling 2, Vince Russo, Abyss, Ron and Don Harris, Dusty Rhodes among others. I also talk about a famous murder case, a suicide, being on a creative staff, going to Mexico, wrestling on small islands in the Caribbean and once meeting the Ku Klux Klan at a wrestling match down south. Order today and if you haven't read my first book, you can also order it too. Its all in the boxes on the right.

To order a personally autographed copy, submit $35 via PayPal to:


dirtydutchmantell@gmail.com
We also accept personal money orders with prior approval. Contact us at the above addy.

If you're interested in training to become a professional wrestler, my training school is now accepting applications for the spring class.   Enrollment will be limited.  Financial aid is available.  Please contact us at:
dirtydutchmantell@gmail.com 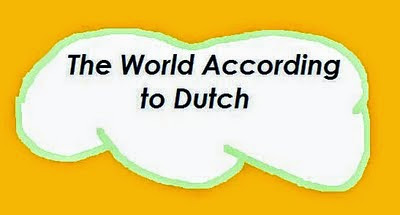 DIRTY DUTCH'S VIDEOS OF THE WEEK!!!
The World of YouTube....means you can almost find anything to kill time or fill up a blog.   I'm sure most of you are like me...you get on the computer and follow a routine.   With me,  I check my emails first and answer the ones I have a interest in answering,  read the Drudge Report because its simple and I don't have to wade through a ton of ads and just read whatever I want.  Usually,  I post a blog every two weeks or so but lately,  I've been so busy promoting the book and doing my other projects that I've neglected my duties here.   But I'm a huge YouTube fan as I think most of us are.  So I've found some weird wrestling videos so today,  its video blog day.

These are just a couple of things that I found that just blow me away.   These are wrestling videos that I 'accidentally' ran across but nothing surprises my anymore.  These are what I call Dutch's Videos of the Week.


The Most Illegal Thing Ever
in the History of Pro Wrestling


When I first saw this clip,  I thought that this is what is wrong with the wrestling business today.  But hey,  wrestling fans have seen it all anyway so what's one more little thing going to hurt.   I watched this several times and after awhile, I had to admit...that even though it went far beyond the 'suspension of disbelief',  the match and segment was well executed.  I didn't much care for the commentary but it is what it is.  Enjoy.   ﻿

Ken the Box...or
Ken the Tree


This is a little independent show presented in Japan and it looks just like a small independent show in the US or Canada.  The attendance wasn't good but sometimes, there is a certain match or segment that stands out. Much like the clip you just saw above, this segment stretches the 'suspension of disbelief' but I found it highly entertaining in its own way.  Actually, its so stupid and campy as to be actually, pretty good.  You be the judge.

Ricky 'El Mesiah' Banderas vs. Slash Venom (Flash Flannigan)
Since I've shown a couple of 'silly' videos,  now let me show one that is as serious as a heart attack.  The match below happened in 2003 or so in the IWA in Puerto Rico. Our regular Saturday night venue was in a suburb of San Juan called Bayamon.   I had been booking there for three years when I booked this match. Banderas was a HUGE STAR in Puerto Rico and was noted for his wild and crazy antics. Slash or as most people in the states know him, Flash, was also one of the crazier guys that I brought in.  Flash could not only wrestle a conventional style but he could also do a wild, brawling style as well which was spot on perfect for the Puerto Rican audience. In Puerto Rico...they love wild brawls and emotion.
Not to spoil this for you, but this clip is another thing that is wrong with the wrestling business today but has been so accepted for so long, its now become the norm.  The wrestling business wasn't intended to inflict serious harm on the performers and when too much 'reality' seeps in,  that's why most wrestlers in ECW couldn't work 7 days in a row.   They were all too banged up after three days to continue.   Seriously, its a miracle that more guys haven't actually died while in the middle of a wrestling match. You'll know what I'm talking about when you click on the video.
That night in Bayamon,  it was a completely SOLD OUT crowd...which was 'a norm during that era' but sadly isn't today.   That night in Puerto Rico,  the attendance was about 4500 fans which packed the building.  The arena is OPEN AIR...no air conditioning, just whatever the weather is outside...is what it is inside.  It was a great wrestling atmosphere and one that words can't describe.  You would have to be there to really experience it.    You don't have to watch the entire video but pay close attention at the 2:05 mark...then you'll see what I'm talking about.
This AUTHOR'S NOTE:
Flash walked away from this..how, I don't how but he did.  A little Guardian Angel must have been sitting on his shoulder that night.  Flash,  all I have to say is that you're one lucky man.
Habana vs. Avriella in Puerto Rico
Of all the things that I did in Puerto Rico,  this was one of my favorites.   I had two girl talents while I was there.  Neither one of them was very good in the ring...but I learned a long time ago,  to maximize assets and to minimize liabilities.  These two girls were former strippers on the island so what they lacked in wrestling expertise, they coule make up for it in other ways.
I booked a match between these two and called it a BEAUTY PAGEANT...however that translated into Spanish because I couldn't call it a STRIP OFF.  One reason I couldn't is that, at the time,  Puerto Rico had a woman governor who had effectively shut down all the strip clubs all over the island. Why?  Hell,  I don't know...I wasn't an elected official but she probably thought that strip clubs demeaned women.    Since strip club aficianados couldn't go to the strip club,  I thought I would bring the 'strip club' to them.
It was a great idea.  Business was great but when I added the girls in, we had a great run in our secondary towns.   A great show...and every night..not only was the arena full but they also sold out the curtain.  Selling out the curtain is an old wrestling term which meant that the entire dressing room came out to see the match.  Great show.  See it for yourself with a video created by my good friend, Moody, who was great at this job.  Judge for yourself.
Leave comments below or contact me at:
dirtydutchmantell@gmail.com

dirtydutchman1@twitter.com
Posted by Dirty Dutch at 1:36 PM No comments: 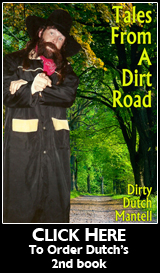 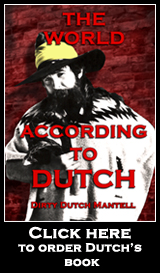